Restart Your Safety Program After an Accident

Restart Your Safety Program After an Accident
By Lancaster Safety Consultants 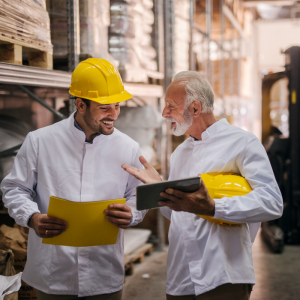 How Would You Recover From an Accident?

When an accident on the job site occurs, it affects everybody. It’s an emotionally-charged time full of “what ifs” that forces everybody involved to face the reality that everything can change in an instant. But what follows is equally stressful because accidents and the Occupational Safety and Health Administration (OSHA) go hand-in-hand. Following an accident, companies often must work under the scrutiny of safety officials, operating with the knowledge that one violation could cripple the business. It is an unenviable position to be in.  That is exactly what happened to Mark Mashuda Excavating Inc. back in March of 2015.

Emergency Can Strike at any Time

While doing work at a new housing plan in Western Pennsylvania, a trench partially collapsed, trapping a worker from the waist down for nearly two-and-a-half hours, while the real possibility of a further cave in loomed. The seconds ticked by agonizingly slow as rescuers methodically worked to extricate the victim without disturbing the surrounding soil. It was a pulse-pounding morning for everybody involved as a potentially deadly situation sprung to life unexpectedly on that crisp, spring morning.  Fortunately, emergency responders were eventually able to extract the worker and disaster was averted. He was very lucky. Annually, dozens of cave in victims aren’t as fortunate. Mashuda’s company was fined $147,000 by OSHA for violations and began a 36-month period where every move was potentially scrutinized by inspectors and one slip up could be financially devastation.

“For the next three years, I had to report to OSHA where we were working each day,” said Mashuda. “They came out five or six times for surprise inspections on site. We never knew when they would be coming.”

Where Do We Go From Here?

Mashuda knew that to protect his employees and his livelihood, he needed help. So following the accident, he hired Lancaster Safety Consulting, Inc. (LSCI) to help prepare for inspections and to be certain that they were OSHA compliant every single day. LSCI are experts in safety in the workplace and worksites, educating both Mashuda and his employees on identifying hazards and taking steps to rectify any and all unsafe situations.

“They were very helpful in updating us on rules and regulations, helping us to know what we can do and what we can’t do,” Mashuda said about the ever-changing nature of safety directives.

His company has passed every inspection and has remained incident-free ever since by “being extra diligent” and “doing everything by the book.” In fact, Mashuda’s company does training every year with Lancaster which he says “has been tremendously helpful.”

Mashuda is a small business owner and his crew is more than just employees, they are his friends. The last thing he ever wants to see is another accident, which is why he has taken steps to ensure that every safety protocol available is utilized.

“Seeing somebody get hurt or worse would be hard to live with,” he said.  “Being safe on the job is the most important thing. Sometimes that means things will take a little longer, but that’s okay. It’s better to be safe than sorry.”

Lancaster Safety Consulting Inc. is dedicated to helping its clients achieve a safe workplace through a world-class occupational safety and health program with onsite training. Lancaster Safety can be reached at lancastersafety.com/contact/.